Based in Miami Beach, MiMo Music was founded in 2019 by music teacher Kate Lanagan. During her 14 years in music education, Kate has developed a keen eye for exactly what each student needs to have the best, most empowering learning experience possible while also building the important connections that will allow them to succeed as musicians. 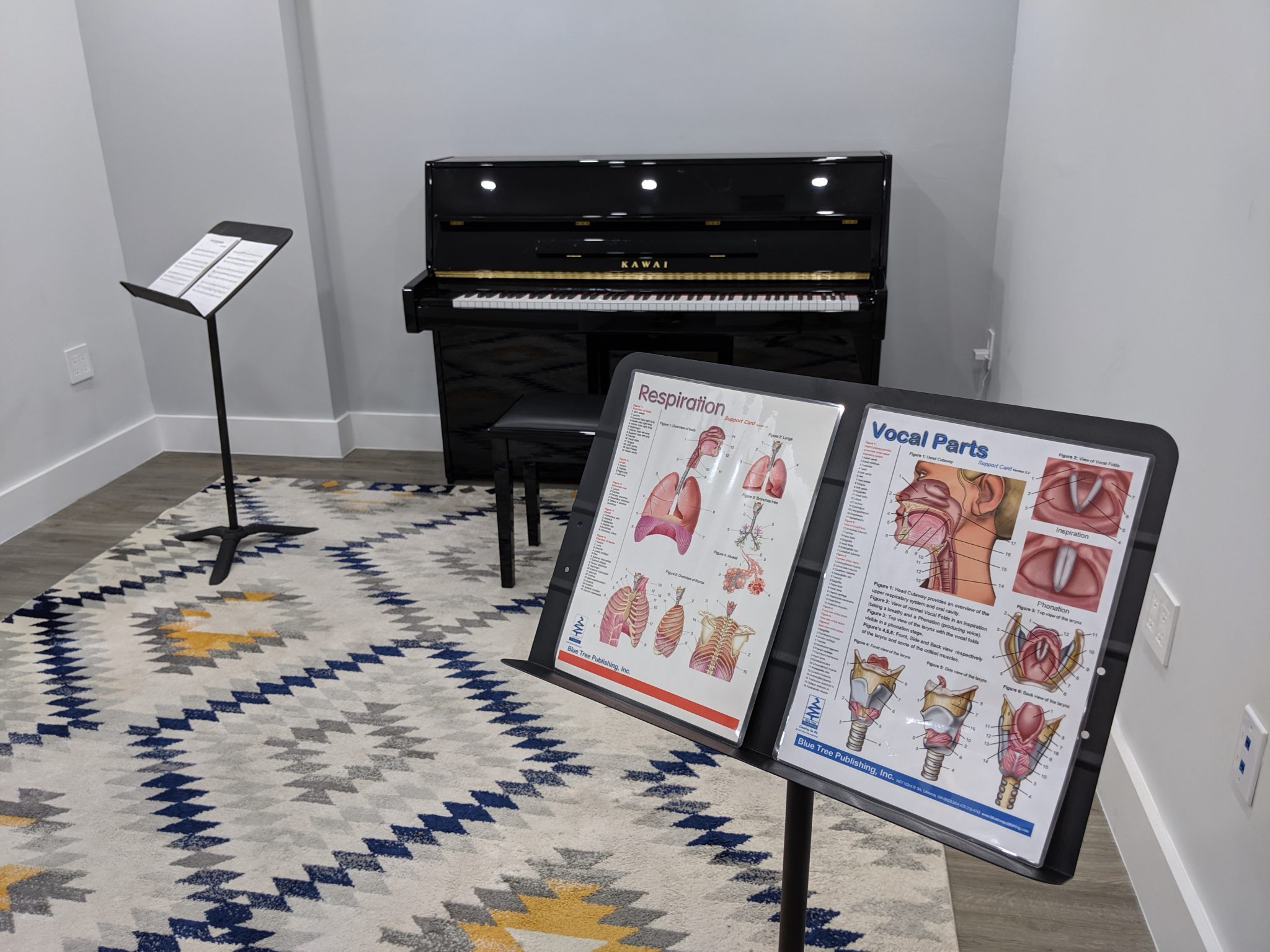 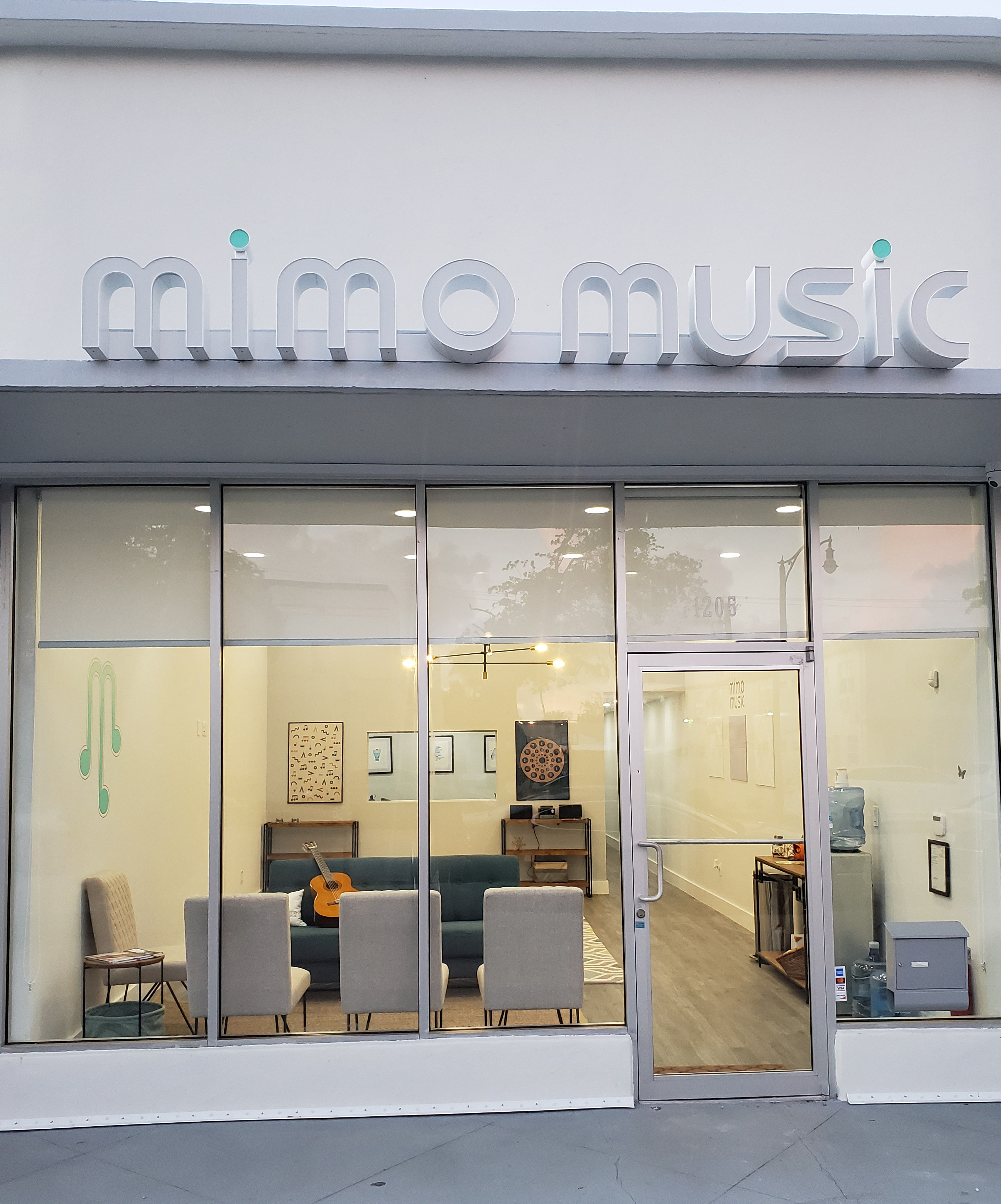 As owner and manager of a boutique music school in Washington, DC, Cardon Studios, Kate selected and managed a team of teachers across multiple instruments who are passionate, supportive, intuitive, flexible, and highly skilled in their respective instruments. Having moved to Miami Beach with her husband and two cats in 2012, Kate felt that the special community of Miami Beach deserves the same creative space – a place where learners of all ages and levels of ability can receive focused instruction that allows them to build their musical knowledge and genuinely express themselves– after careful planning, MiMo Music was born in Fall of 2019.

Community is an important part of the MiMo Music vision; performance opportunities and group classes provide students an opportunity to test the waters in a safe space while taking their learning beyond the scope of individual private lessons. Similarly, MiMo Music’s family classes help families learn to be more musical at home and thereby support little ones’ musical development. It is our goal that all children have access to the developmental support they need to achieve basic musical competency (that is, the ability to sing in tune and keep rhythm with their bodies).

Because actual performance experience is key to feeling accomplished and confident as a musician, MiMo Music builds in opportunities for students to share their hard work several times per year. These experiences range from Masterclasses among a supportive community of peers to public Student Showcases, which family and friends can attend, and are a core element of the philosophy behind MiMo Music.

All Ages. All Styles. All Abilities.

Get To Know The MiMo Music Teachers

The MiMo Music team is comprised of Miami’s top musical talent. All of our instructors hold degrees in music education or performance, are highly experienced professional performers, or both. 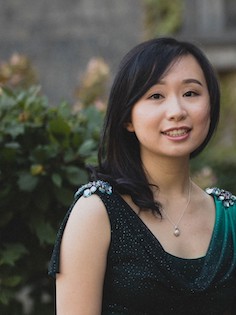 Kathy Chen is dedicated to sharing her passion for music through teaching and performing. Her studies have taken her from Wilfrid Laurier University in Canada, to the Mannes School of Music in New York City, and now to her work completing a Doctor of Musical Arts degree at the University of Miami in Piano Performance and Pedagogy. Kathy is thankful to have grown up in a musical home and has always been driven to share the blessing of music with others. Besides her decade of teaching experience, Kathy also enjoys getting involved in her local community, and has participated in various outreach programs for local elementary schools, high schools, and senior homes to spread her love of music even farther. Kathy also enjoys collaborating with other musicians, and has had the opportunity to work with many soloists, choirs, orchestras, and chamber ensembles.

Despite her formal education focusing largely on classical music, Kathy loves exploring all realms of music! She is constantly developing her skills and enjoys musical theatre, pop, and jazz as well. As a teacher, Kathy recognizes the importance of adapting to each student’s personality, interests, and learning style. She is always seeking new ideas and teaching materials to better support her students through their musical journeys. Kathy believes that music lessons should be an enjoyable and enriching experience and hopes to inspire a lifelong appreciation and love for music in her students. Absolute beginners or more seasoned piano players will feel equally at home learning from Kathy! 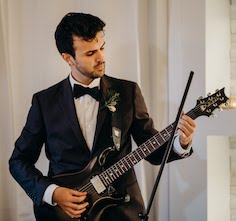 Born in Maracaibo, Venezuela, Eduardo Adrianza grew up in a family of amateur musicians and attended schools mainly focused on music and the fine arts. From an early age he was exposed to music as an artistic form of expression and communication. His greatest musical influences were the Beatles, King Crimson, Jimi Hendrix, Jorge Drexler, Gustavo Cerati and Fito Páez. At the age of 10, he began to focus on the electric guitar and began taking music lessons with Ulises Hadjis, a Latin Grammy-winning musician. He took music lessons until finishing a 5-years contemporary music program in SonoAudio Academy (Venezuela), which focused strongly on music theory, improvisation, and performance. During his teen years, Eddie performed with the Latin rock band Von Atria as lead guitarist, among other musical projects, and began sharing his love for and expertise in music with others as a private lessons teacher. Eddie holds university degrees in digital sound design, recording engineering, and recording arts, and has completed several certificates in music production from Berklee School of Music.

During his musical career he has had the opportunity to share the stage with greats from the Latin industry such as Luis Fonsi, Olga Tañón, Juan Luis Guerra, Tito El Bambino, Mario Quintero, among others; as well as having the opportunity to perform the Broadway act Godspell, along with Encore! Disney Cast Ensemble. Eddie has more than two decades of accumulated musical experience, versatility in most instruments of the rhythm section, theoretical and practical knowledge of all those instruments, experience in music production, sound synthesis and live show production, as well as fluency in English and Spanish. Eddie is a well-rounded musician and music teacher, perfect for all music genres. 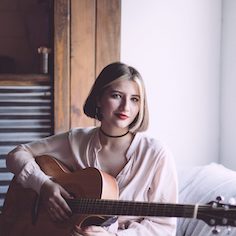 A Miami Beach native, Melvys has been a singer songwriter as long as she can remember. Her musical roots are thanks to growing up in a musical Cuban family, and she is thrilled to be sharing her love of music with the next generation of musicians. Currently pursuing a Music Business degree at FIU, Melvys’ steadfast passion and dedication for music has led her to mastery of several instruments, including guitar and piano, as well as her ultimate love of singing. An active performer throughout Florida, Melvys has been fortunate to be featured within notable outlets such as Sofar Fort Lauderdale and Tallahassee, the WDNA Live Jazz Radio Hour, and alongside Darmon Meader of the New York Voice with the FIU Jazz Vocal Ensemble. Always growing, learning, and experimenting, Melvys brings enthusiastic support to her students of all ages and abilities, whether pursuing singing, piano, guitar, or songwriting. 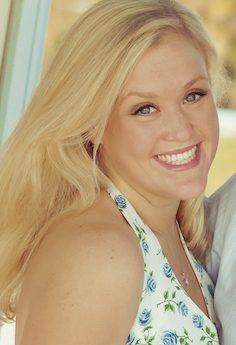 A versatile singer and communicator, Kate Lanagan has spent the last decade honing her teaching style and studying all styles of vocal music, from classical and Broadway to jazz, pop/rock and r&b. After completing her Bachelor of Music in Voice Performance, a degree largely focused on Classical and Operatic singing, Kate sought out and completed additional education in voice science and technical skills for contemporary and commercial styles of singing from such respected institutions as Westminster Choir College, Shenandoah Conservatory, and the Berklee School of Music. Whether teaching a classroom of students or one-on-one private lessons, Kate connects with students where they are, assessing their needs and helping them reach their personal goals, small or large.

In 2010, Kate founded Cardon Studios in Washington, DC and continues to help maintain a high quality of instruction there by overseeing a staff of excellent teachers. She is thrilled to be launching MiMo Music to bring the same special musical community to her hometown of Miami Beach!

Having worked with a diverse student set of varying ages and backgrounds, Kate is ready and eager to help you reach your goals — from playing piano for the first time, to impressing your friends at Karaoke night, to gaining admission into prestigious university music programs.

Independent, and locally-owned, MiMo Music offers a well-rounded Music Education experience for learners of all styles, ages and abilities.